Bike saddles and the Lindy Effect

In 1882, shortly after the widespread adoption of the safety bicycle, John Boultbee Brooks found himself pedaling along the streets of Birmingham, England on perhaps the most enjoyable vehicle known to man - with an unacceptably sore undercarriage. A leather worker by trade and founder of leather goods company Brooks, he developed and filed a patent for a saddle comprised of a hard leather shell suspended on a sprung metal frame. In the years following, a number of other interesting saddle designs came to fruition, each attempting to improve the current bike seat solution (the bar was low: it was literally a wooden plank, hence the soreness) and vying to become the gold standard of cycling perches. Brook’s design prevailed, becoming the blueprint  from which nearly all bicycle seats were created for the next 80 years.

In 1962 Italian cycling powerhouse Cinelli partnered up with a plastics manufacturer to produce the world’s first plastic-shell bicycle saddle: The UnicaNitor. It was an oddity at the time, with slow adoption in any cycling discipline. Then British cycling legend Tom Simpson glued sheets of suede to one and raced it a few years later, creating perhaps the first incarnation of the modern cycling saddle. By the mid 70’s, all but the finest bicycles came with plastic saddles. By the 80’s plastic was king (in nearly every industry, really) and leather saddles from the likes of Brooks were relegated to cruisers or touring bikes. They would remain the seat of choice for only a small group of devotees, a retro-obscurity compared to majority of companies producing ever lighter, faster, cooler saddles as material technology advanced bicycle design at breakneck pace.

During a recent internal discussion about the success of certain startups over others, we became fascinated with the topic of Survivorship Bias. It is one of some 200 psychological fallacies, occurring when the eminence of a successful person, occurrence, or thing outshines the improbability of its own success - causing oversight of the vast majority of unsuccessful instances. For example, the retelling of a WWII bomber riddled with bullet holes, the perseverance and bravery of its pilot and crew guaranteeing its safe return in the face of harrowing danger. Not heralded are the 19 planes from that same mission who weren’t so lucky.

In business, Silicon valley offers many examples too. The explosion of tech that has turned teenagers with a cool idea into billionaires overnight suggests that any geek with the right idea, in the right place, can tap into that success. In reality, there might be 1,962 Elon Musk wannabees second-mortgaging their West-Oakland home to fund their 12th "million-dollar idea."

But perhaps no more glaring examples of Survivorship Bias are heard when famous or successful people inspire kids with anecdotes chronicling their rise to prominence. “Follow your dreams, believe in yourself, don’t give up - and just like me, you can become something amazing.” Well, there were probably thousands of other kids with a similar dream, who took similar steps, and through a series of fateful circumstances wound up working as a waiter, a stay-at-home parent, or staring at a computer screen in a cubicle. Nothing wrong with that - I’ve done all 3 with contentment - but their stories aren’t getting airtime on ESPN or a speech at the Grammy’s. Statistics are less tasty than celebrity soundbites, but at least they’re honest. Here’s a fun little chart that exposes the Survivorship Bias of your Cam Newtons and Luke Kuechlys (Trig is in Panthers country, yall).

Such bias also exists with products as well, summed up in the banality “They don't make'em like they used to.”

You’ll hear of someone's grandparents who’ve been using the same Maytag washer for 50 years, whilst you’ve gone through three in the past decade. A Cadillac that’s survived hail storms and countless Minnesota winters, vs a modern hybrid that might fall apart from leaning on it wrong. This argument is, on its face, perfectly accurate. Indeed, washing machine motors were simpler and overbuilt back in the day. Older cars featured insanely thick body panels and subframes that laughed at impacts. They most certainly do not make this stuff like they used to, and for good reason. Modern appliances have energy-efficient motors. Cars are built to crumple on impact, not transfer energy to the occupants. Aside from that, statistics straighten out the truth about longevity as well: only a small fraction of appliances and cars older than 30 years are still operational. Furthermore, an IHS automotive survey back in 2015 concluded that the average age of cars on US roads was rapidly increasing - directly attributable to the vastly improved reliability of modern vehicles vs older ones.

In an interesting related curiosity to Survivorship Bias is the Lindy Effect.

Originally a theory that comedians who limited their output to “special appearances” would have far longer careers than  those who did weekly shows, it was re-defined in 1984 by Mathematician Benoit Mandelbrot to suggest that the age of a comedian’s collected works was directly proportional to their future life expectancy. Basically, if comedian's material has been enjoyed for 3 generations of people, it could plausibly be expected to be enjoyed for another 3 generations. The Lindy Effect was expanded upon in 2012 by Nassim Taleb in his book Antifragile: Things That Gain From Disorder. Taleb surmises that The Lindy Effect can be applied to a number of entities with “no upper bound.” While a single book will wear, age, and eventually decay, the story within is non-perishable. Shakespeare's Macbeth was first performed in 1606, making it a bit over 400 years old . According to Taleb’s Lindy Effect, Macbeth will continue to be digested and enjoyed until the year 2428, that life expectancy continuing to increase with every passing year of the historic play’s prominence in literary culture.

Survivorship Bias suggests that, minus outliers, things themselves statistically do not survive like we think they do. The Lindy Effect, however, seems to suggest that ideas don’t follow the natural laws of decay over time.

If important enough, these ideas can survive the odds, perhaps even through periods of undulating popularity. Which takes us back to bike seats. Leather is dead, plastic is ubiquitous, and even carbon fiber has thrown its hat into the ring. Everyone is now pretty much sitting on thin slivers of plastic, foam, and pleather. That wooden plank doesn’t seem so bad now. Then the 90s saw a handful of whitepapers published that linked cycling to impotence, erectile issues, and other ailments - framing the saddle as the unsuspecting villain of health-oriented sport. In 1996 Lance Armstrong was diagnosed with testicular cancer. A decade later a major recession encouraged many to ditch their cars and bike to work. Shortly after, the rise of lifestyle blogs fueled a shift in cycling culture from going fast and getting fit to riding for transportation and adventure. More riders were riding farther than ever before, many uncomfortably. Choosing a saddle became a priority second only to choosing a bike. That small forgotten group of Brooks devotees? They now had a receptive audience.

Turns out Brook’s comparatively ancient saddles were still quite adept at the job they’d served for nearly a century before being left in the wake of “progress” - especially for long rides.

The secret lay in Brooks’ old-world material and old-world design. Leather changes over time, the rigid fibers loosening and reshaping with the heat, moisture, and pressure of riding, eventually imprinting the rider’s anatomy onto the saddle for a perfect anatomical fit. Modern saddle materials like gel inserts and mid-shell cutouts have attempted to emulate the phenomenon, but none perform quite like good ol’ leather. In addition, the hammock-like suspension of leather on the metal frame made the saddles’ sides flex into the rider’s body, distributing the pressure of sitting to a huge area. Modern seats, by comparison, don’t flex much - the small area your tender bones touch is what you’re left sitting on, period.

In the face of discomfort, cancer, and perhaps the most terrifying outcome of all - declining sexual health - many riders in the last decade have ditched their carbon fiber, titanium, and gel-infused wundersaddles for the bliss of an old fashioned Brooks. The company’s portfolio of other leather goods and it’s small market of leather saddle die-hards had kept the company afloat, but they now command a strong position in the saddle market. Today, Brooks saddles are one of the most recommended aftermarket cycling accessories for riders facing long distances, discomfort, or simply seeking a classy touch to their bike.

If properly cared for, leather goods can have a long life. There exist rare rare specimens of Brooks saddles from the early 1900s and perhaps even earlier - but as the inevitable truth of Survivorship Bias confirms, not many older than a few decades are still in use today. Brooks’ leather saddles can’t last forever. They have an “upper bound” as Taleb would say, just like a physical book or a person. But the design, the idea that took root in the 1880’s has no shelf life - according to the Lindy Effect, it’s total life is at least double it’s past life. Most Brooks’ saddles are still made from leather and steel in their Birmingham factory, same as they were a century ago. But surviving ideas can also morph from their original embodiments. They can leverage technology far advanced from that in which they were hatched. The recent adoption of the company’s leather saddles to unorthodox disciplines like road racing and mountain biking highlighted the one detriment of leather: water. Brooks turned to another forgotten material to assuage this, and in 2013 released the Cambium - a classic Brooks design featuring a natural gum rubber shell, still suspended from a metal frame like its predecessor. Like leather, the rubber flexed and moved with the rider, but was impervious to excessive moisture and had no break-in period. Brooks has even created a line of Cambium saddles with carbon fiber rails - bringing the old-world design to a product that rivals top-tier racing saddles for weight, aesthetics, and performance. Not bad for an idea drummed up in in the 1800s, eh? If Taleb’s Lindy Effect conjecture rings true for Brooks, we’ll see their saddles being ridden for another 135 years - and counting.

We have a passion for cycling products.  You can find our own award-winning saddle design case study for ALTR ERGO here.

Mapping the Patient Journey in Telemedicine 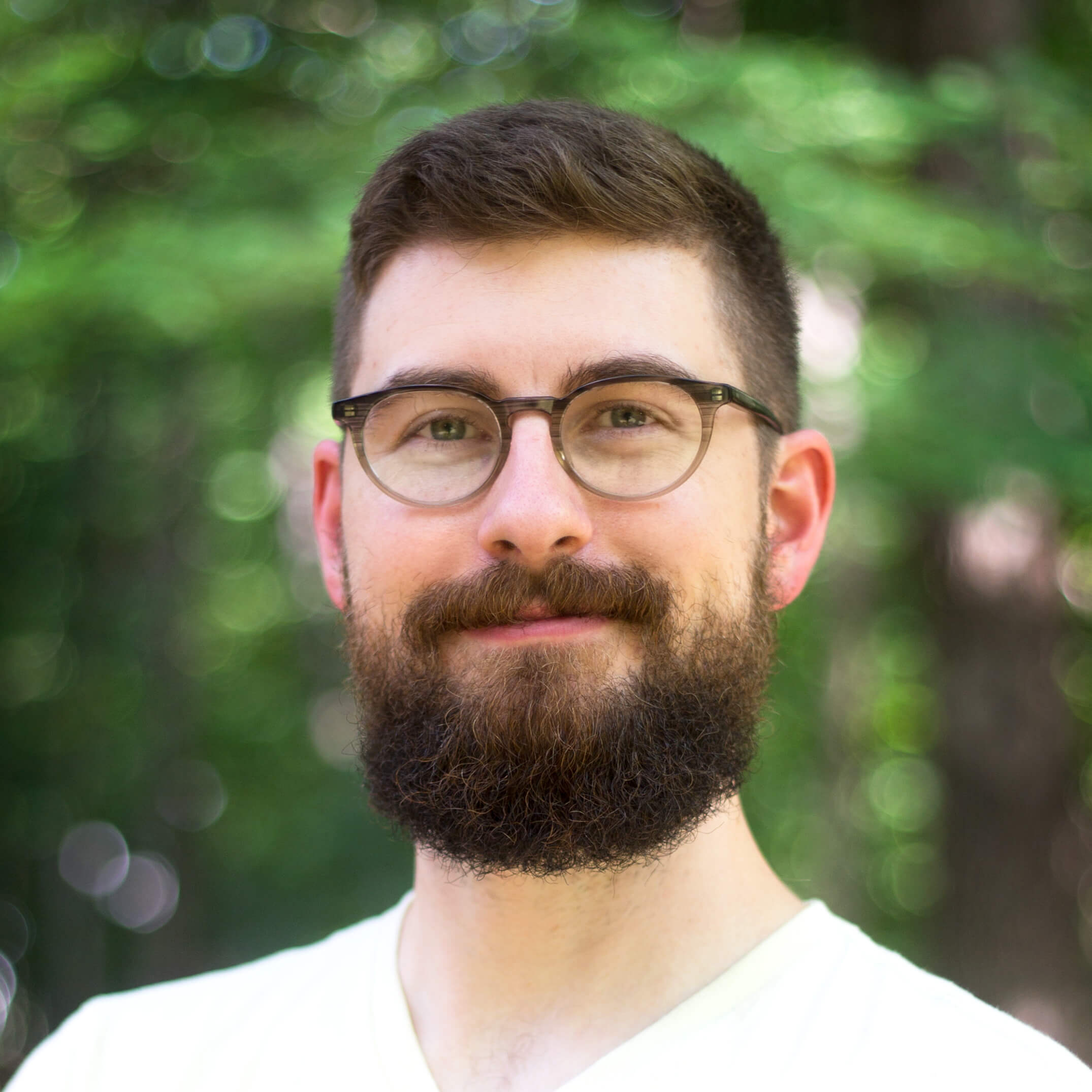