Antifragile: Things That Gain from Disorder

Things that Gain from Disorder

In Antifragile, Nassim Taleb develops the idea that the opposite of fragility is NOT robustness. While fragile entities will break in chaotic environments, robust entities merely resist change. Taleb elaborates on the concept of antifragility - or things that grow in response to chaos.

Just as the bones in the human body get sturdier as they are exposed to stress and strain and gossip or feelings of unrest intensify when there are efforts enacted to repress them, most aspects of life ultimately benefit from stress, chaos, instability, and unrest. What Taleb has identified in Antifragile and gives the book its title is the group of items that not only improve from chaos but more importantly require it as they work to endure and even prosper in the modern world.

In The Black Swan, Taleb described how there are highly unlikely and erratic events that motivate almost every aspect of our world. In Antifragile, Taleb takes that uncertainty and stands it on its head, causing it to appear desirable, often necessary, and proposes that most parts of the world should be built in an antifragile manner to handle these stresses and strains. The antifragile concept goes beyond the tough or strong provisions typically used to counteract these forces. The tough approach aims to resist shock and then remains the same while the antifragile desires to continually go through processes that enable progression.

The antifragile is a concept that aims to be immune to errors in prediction that are so common while additionally being protected from adverse events that are inevitable. Antifragile is then a blueprint for living in a Black Swan world.

Most non-fiction books are written around one good idea, Antifragile, however, has multiple ground-breaking ideas that take time to soak in and be applied as a mental model. Learned, humorous, and revolutionary, Taleb’s meaning is radical: The antifragile, and only the antifragile, will survive the test of time.

Nassim Taleb's bravado certainly lends itself to a number of quotable statements:

"I believe that a single person with courage can bring down a system where the collective is composed of wimps."

"In theory, theory and practice are the same thing. In practice, they are different" - Yogi Berra

Thus, making the argument that theory must follow practice, not the other way around.

"Michelangelo was asked by the pope how he was able to craft his David statue masterpiece of masterpieces. 'Simple,' he replied, 'I removed all of the stone that was not David."

Via Negativa - the logic of the barbell is to first remove fragilities.

"You bet on the jockey, not the horse. Why? Because innovations drift. One needs flaneur-like abilities to keep capturing opportunities, not stay locked up in a bureaucratic mold. The significant Venture Capital decisions are made without real business plans."

This might be the best argument for Design Thinking as a tool for managing risk. The antifragile seek disconfirming evidence using safe-fail and fast-fail methods. The fragilistas, by contrast, seek fail-safe methods that might reduce the appearance of mistakes in the short term, but compound the eventual large mistakes in the future.

"Only the autodidacts are free."

Take charge of your own education as the path to self-determination and self-actualization.

"Be crazy, but retain the rationality of choosing the upper bound."

Or, as Steve Jobs said, Stay Hungry, Stay Foolish. Options = Asymmetry + Rationality. Keep what is good and ditch what is bad.

"It was Fredrick Nietzsche who first coined the term, creative destruction, not Joseph Schumpeter. Dionysus is both destructively creative and creatively destructive."

"The common discourse on innovation is missing the basic understanding of convexity vs concavity of risk, or fragility vs. antifragility."

Neomania - pursuit of the new is folly. The Lindy Effect says that the longer a technology or book has been in print/use, the longer you can forecast it will continue to be used.

The Trig Team chose Antifragile as our annual theme for 2019. Read more in the Art of Strategy. 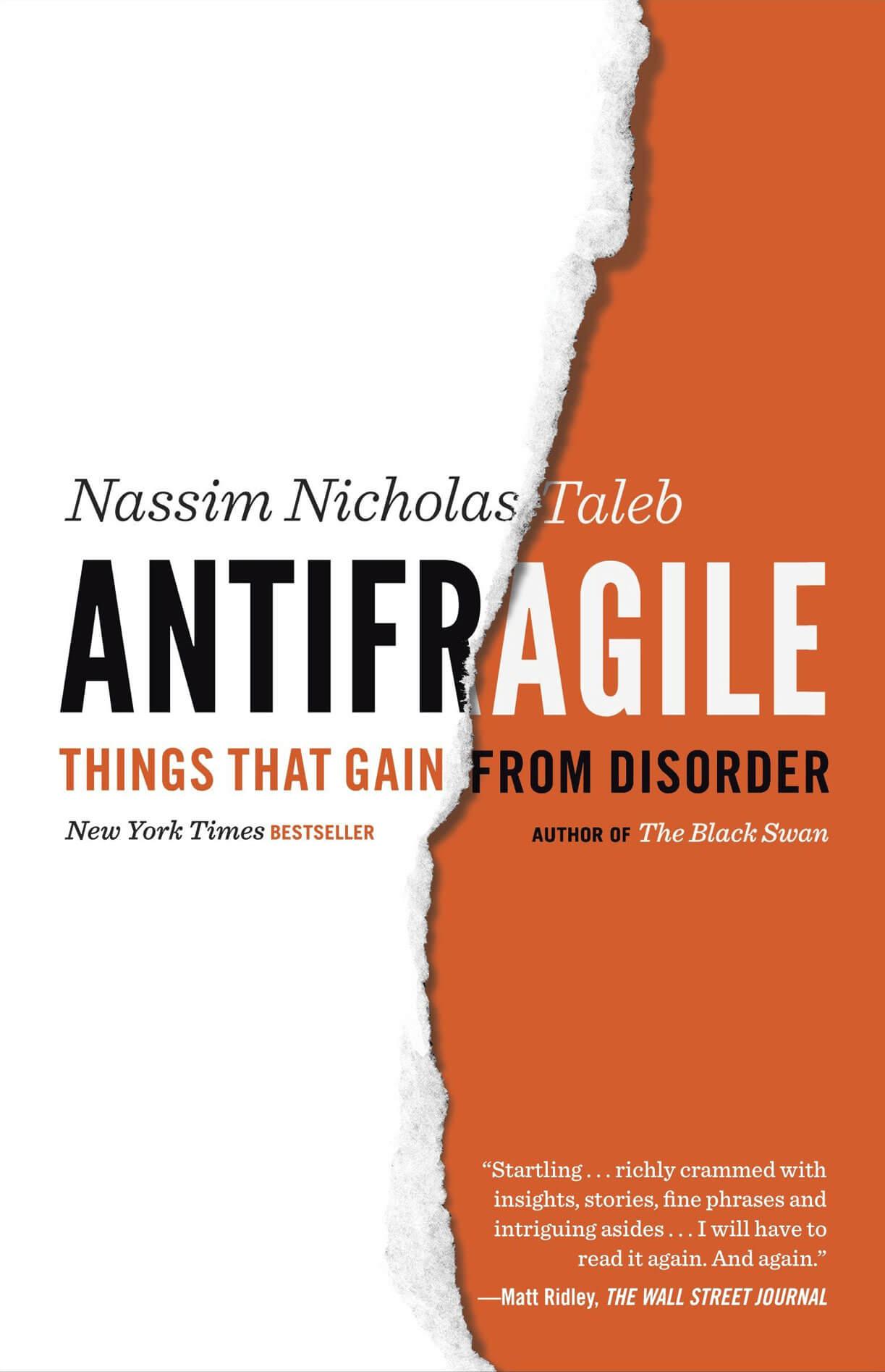