Zero to One: Notes on Startups, or How to Build the Future

Zero to One by Peter Thiel

This book has so many nuggets of entrepreneurial wisdom that I read it twice.  Most business books have one or two good ideas that have been elaborated beyond what is necessary. Zero to One is shorter than most, but each chapter seems to pack a uniquely useful and compelling idea.

Peter Thiel, founder of PayPal, Palantir, and VC investors, Founders Fund is responsible for assembling what has become known as the PayPal Mafia. He assembled a team of superstar talent that formed strong bonds of friendship which survived the $1.2bn exit and sale to eBay.  His cofounders have gone on to subsequently found their own billion dollar companies, including Reid Hoffman of LinkedIn and Elon Musk of SpaceX and Tesla Motors. Judging by the self-reported account in the book, Thiel’s approach to startups would qualify as a Commitment Culture. Thiel, as an investor, often repeats the maxim, “A startup flawed in its foundation cannot be fixed.” This asserted observation might be contrarian, but it hews to the commitment culture perspective of getting the team and culture right as a primary objective for founders. Perhaps it is even a part of the investment philosophy at Founders Fund.

Thiel asserts that in order for a business to stay in business for long, it must create a monopoly. He argues that commoditized businesses lack the luxury of contemplating ethical decisions in the endless struggle to survive. Thiel’s Four Forces of monopoly: Proprietary Technology, Network Effects, Branding, and Economies of Scale.

Proprietary technology must be a 10x order of magnitude greater than competitors or substitutes to create monopoly. For example, the Apple Tablet was a 10x improvement in design and usability over Microsoft’s Windows XP Tablet PC edition and Nokia’s tablet solution.

A company has a monopoly on it’s brand by definition, so creating a strong brand is a way to create a monopoly.

The Seven Questions, or the Thiel Tech Diligence Dashboard:

1. Engineering: Can you create breakthrough technology instead of incremental improvements?

2. Timing: Is now the right time to start your particular business?

3. Monopoly: Are you starting with a big share of a small market?

5. Distribution: Do you have a way to deliver your product?

6. Durability: Will your market position be defensible 10-20 years into the future?

7. Secret: Have you identified a unique opportunity that others do not see?

Zero to One is a must-read for entrepreneurs and corporate innovators alike. Thiel presents a definite optimist’s viewpoint while wearing contrarian viewpoints like a badge of honor. It’s not your typical business book.

This book also inspired us to coin the word iconopoly 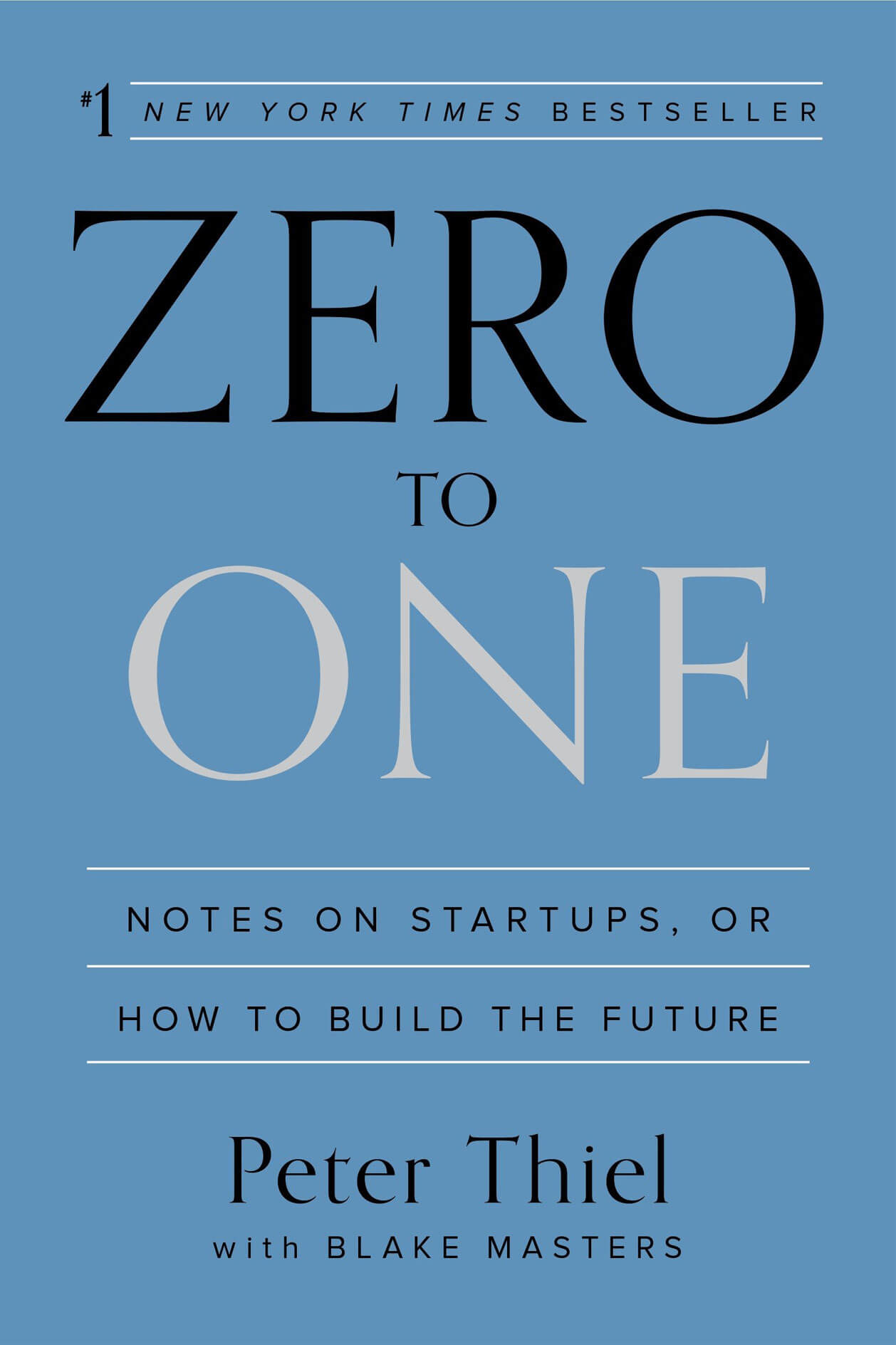