The Fourth Turning: An American Prophecy

Written in 1997, the Fourth Turning (and prior work Generations) has provided an eerily accurate and thought-provoking model for predicting the broad arc of history leading up to present-day events.

Neil Howe and William Strauss admit that their model of the four generational archetypes is not the first time that the phenomenon has been observed in human history, however, they argue that American society has distinctly followed this pattern over the past 500 years.  History moves in cycles, each one lasting the length of a long human life.  The four archetypes are Hero, Artist, Prophet, and Nomad.  When each archetype comes of age, there is a turning, or shift in societal mood. The four turnings are High, Awakening, Unraveling, and Crisis. During the High, there is confident growth as a new order takes shape.  During the Awakening, it is a time of spiritual exploration and rebellion against the now-established order.  Then comes the Unraveling, and increasingly troubled era as individualism triumphs over crumbling institutions.  Last comes a Crisis - the Fourth Turning - when society passes through a great and perilous gate in history.  As Nasim Taleb, author of The Black Swan, would be quick to point out, there is no guarantee that any society would pass through such a gate in history, just as the turkey has no guarantee of continuing to live past Thanksgiving.

I have been fascinated by their model ever since discovering it in 2009 while researching a paper on demographics. Since then, I've noticed that public figures from across the political spectrum have also become fascinated by the book, notably Bill Clinton, Tony Robbins, and Steve Bannon.

The Four Archetypes take a while to sink in - each archetype has a different experience and relationship to the other archetypal generations as they go through life stages.

Strauss and Howe observed that the presidents on Mount Rushmore are ordered, not chronologically, but in order of the four archetypes.

The Fourth Turning, ultimately, is about the present-day time of Crisis, which is a time of focus, struggle, and sacrifice. External threats, which previously might have been ignored, now become an exaggerated crisis. Laws and customs, once locked in place, get swept away.  The demand for order is at an all-time high while the supply of order is at an all-time low.  The authors don't state that total war is a requirement of the time of Crisis, but that no previous Crisis in the past 500 years has gone without devastating wars.

Placed in the context of history, The Fourth Turning makes bold and hopeful predictions about America's next rendezvous with destiny, and shows us how we can prepare for what's ahead. 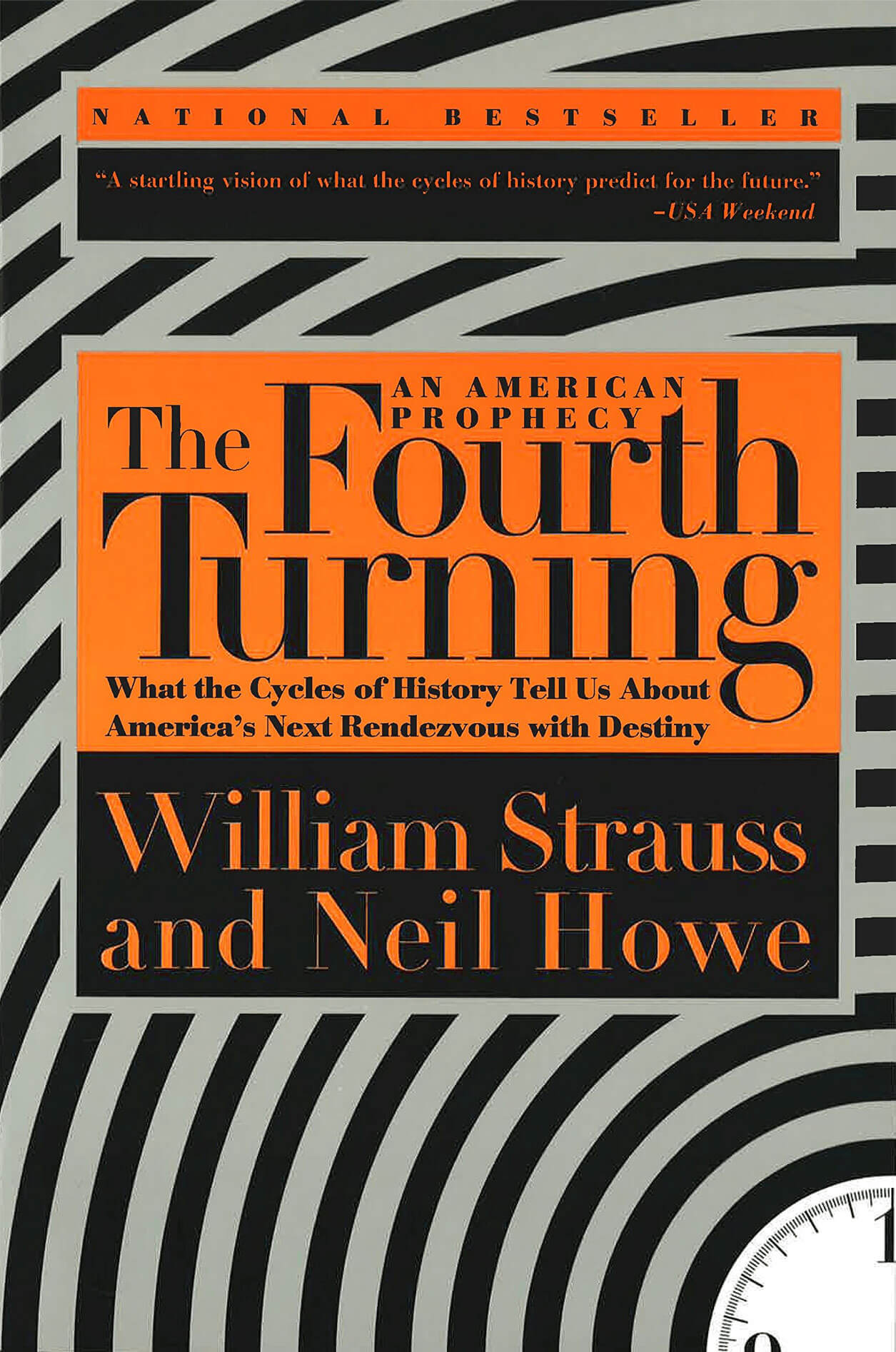