The Definitive Guide to Getting the Right Things Done

The wisdom of this book is deceptively simple yet the application of the wisdom is the continual challenge.  It would be easy to skim through this book, gather confirmation of practices that you already do well, and ignore those that would require you to change.  This point was brought home to me by the compelling forward written by Jim Collins, author of more recent impactful books such as Built to Last and Good to Great. Peter Drucker passed away in 2005, but Jim Collins expressed the wisdom he gained through a brief conversation with the then 85-year old sage. Jim was expressing his concerns with leaving his then stable position as a professor at Stanford to embark on his journey to compose Good to Great. After listening intently, Peter said, "It sounds like you are concerned about your survival. It is very likely that you will survive this transition. You are also very concerned about being successful. You should instead focus on being useful." Jim took this wisdom to heart and went on to produce some of the most useful new management thinking in the modern era.

The Effective Executive explores this theme of challenging those in a leadership position to focus not on their success or ego, but to focus their energy on making a single significant contribution to the organization and, by extension, have the organization make a contribution to the broader community. Themes of time management, focus on one thing at a time, hiring for an individual's strengths not absence of weakness, and putting first things first and second things not at all, are important lessons that generations of subsequent authors and management consultants have further explored.

It is striking to me how different the workplace perspective was towards women in leadership in the 1960s compared to today.  Peter uses gender-exclusive terms throughout and only draws examples from male business leaders. His only citation of a female role model is the talented opera diva whose weaknesses in eccentricity should be ignored or placated by her manager to deliver the results of her great talents through performances - not exactly flattering. In reading the book, my reaction is regret that this titan of management consulting was able to accurately predict the coming impact of the computing age on the workplace, but that he failed to use his influence lead the way for generations of future women business leaders. While this is a great weakness and failure of Peter Drucker's, his own advice would be to not let it get in the way of drawing wisdom from his strengths. 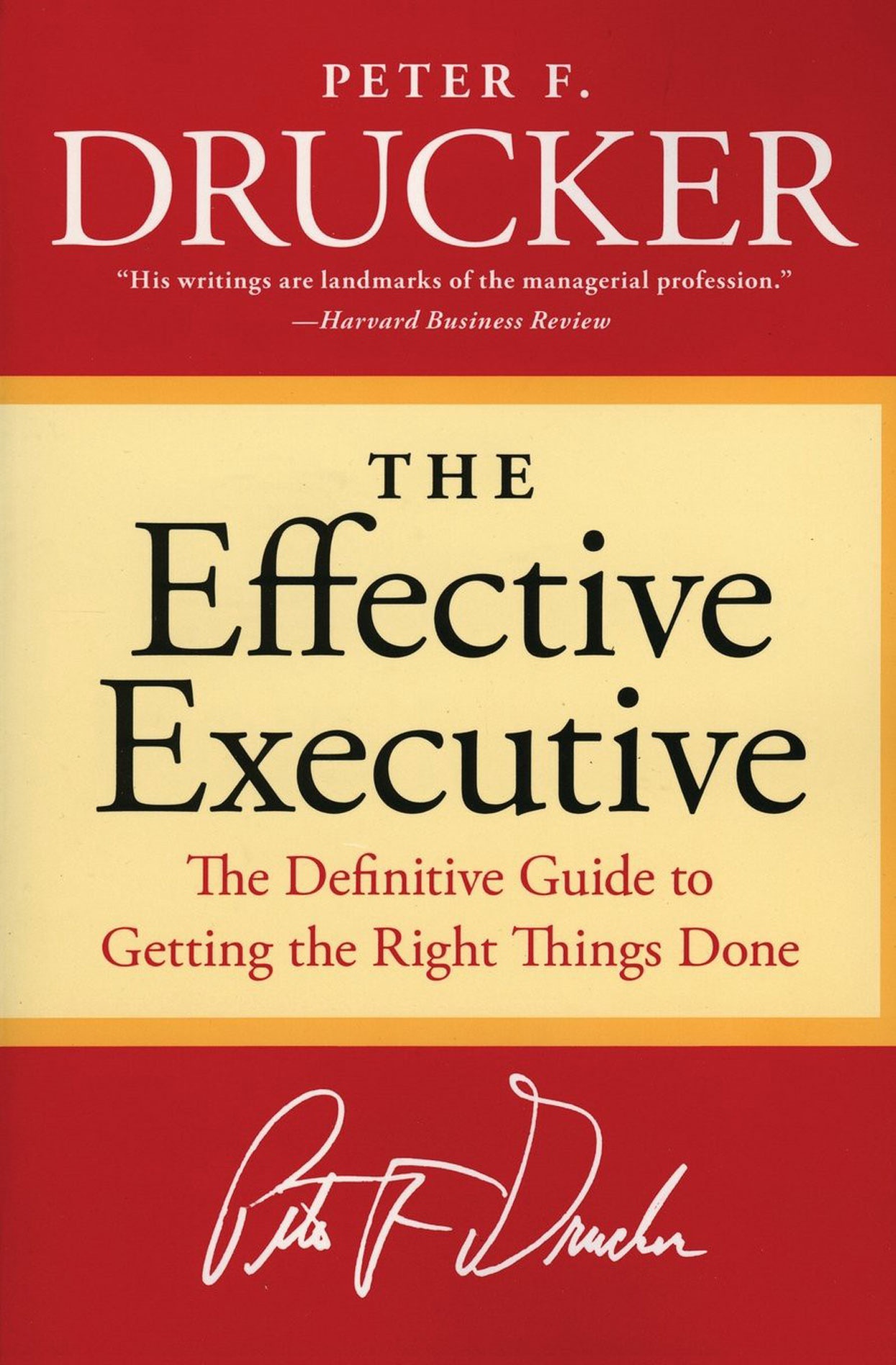