Extreme Ownership: How US Navy SEALS Lead and Win

(Thanks to Rick Young for recommending this book!)

Every now and then you read a book that fundamentally changes how you view the world.  Training for the Olympic team is a cake walk compared to what Navy SEALS go through just to begin membership in the elite military organization.  The physical demands of being a BTF (Big, Tough, Frogman) are one thing, but the responsibilities and situational pressure of making wartime decisions that take risks with the lives of friends and brothers-in-arms are brought home in this humble account of lessons learned during the worst fighting during the Iraq war.  Towards the end of the book, the authors, Jocko Willink and Leif Babin, briefly lament the lack of public understanding of what was accomplished in Iraq by US forces.  With this book, they clearly take Extreme Ownership of shaping the public's understanding through applying their leadership lessons learned to business.  Above all, this book honors their brothers in arms who made the ultimate sacrifice.

Have you ever blamed something or someone other than yourself for a poor outcome?  I certainly have.  The core concept of this book, Extreme Ownership, is that the leader has to own every mistake of their team. No excuses. This isn't a new concept as the leadership principle has been told in a variety of ways, (Good to Great Level 5 Leader and Boundaries for Leaders come to mind) but the story of how Jocko dealt with his own responsibility and ownership of a horrible fratricide incident during a mission under his command is simply powerful.  Anything short of Extreme Ownership as a leader, by comparison, is a betrayal of trust to the team members and is either stubborn cowardice or a temporary lack of perspective on the part of the leader.

There are no bad teams, only bad leaders. Just in case you were thinking you could be a leader and get by without taking Extreme Ownership, Leif tells a bewildering story of how the simple swapping of leaders between units took the losing team to the winning team in a short span of time.

Cover and move. Keep the bigger team in mind, not just your immediate group. This particularly relates to large organizations where the blame might be pointed at other functional units or business units. Leaders should instead take ownership of the bigger picture, coordinate with the larger teams, and make sure the competitive energy is focused outside the organization.

Don't compound risk with a complex plan. Keep things simple so everyone on your team can understand it and modify as needed.  If your front line employee can't understand the plan, you've made it too complex and need to simplify so that everyone is aligned.

Decentralized decision-making comes from the observation that, when under pressure, no leader can effectively lead more than 5-7 direct reports. As such, leaders need to make sure that the strategic intent is clear and boundaries are clearly defined so that junior leaders have full freedom to make decisions in how to fulfill the strategic intent. Similar to my favorite definition of a leader: one who trains a leader who then trains another leader.

An effective leader knows how to lead up AND down the chain of command. A leader doesn't ask their superior what to do, but tells their superior what they are going to do. In the creative field, we look for people who we have to pull back instead of push forward.  Once again, this concept drives home the idea that leaders are ultimately responsible for the outcomes of their team performance, regardless of their rank or stature within an organization.

Discipline Equals Freedom. This nugget of wisdom is hidden in the last chapter, but arguably is one of the most important.  If you follow Jocko's twitter feed, he lives the daily discipline of getting up early (4:30am!), which he describes as his first test of the day.  That discipline allows him to make time for the extra reading, workouts, and preparation that makes the difference from being good to exceptional.

Extreme Ownership is an outstanding book for aspiring leaders, whether you are just starting down the path of leadership, or are seeking an edge to hone your skills. This book is a reminder to step back, get perspective on what matters, and decide to be a better leader. Even more important, this book gives a first-hand account of the dedication and personal sacrifices made by the US military during the war in Iraq that will leave you in awe and with a sense of humble gratitude for their service.

Snag a copy from these retailers:
IndieBound
Amazon
Barnes & Noble 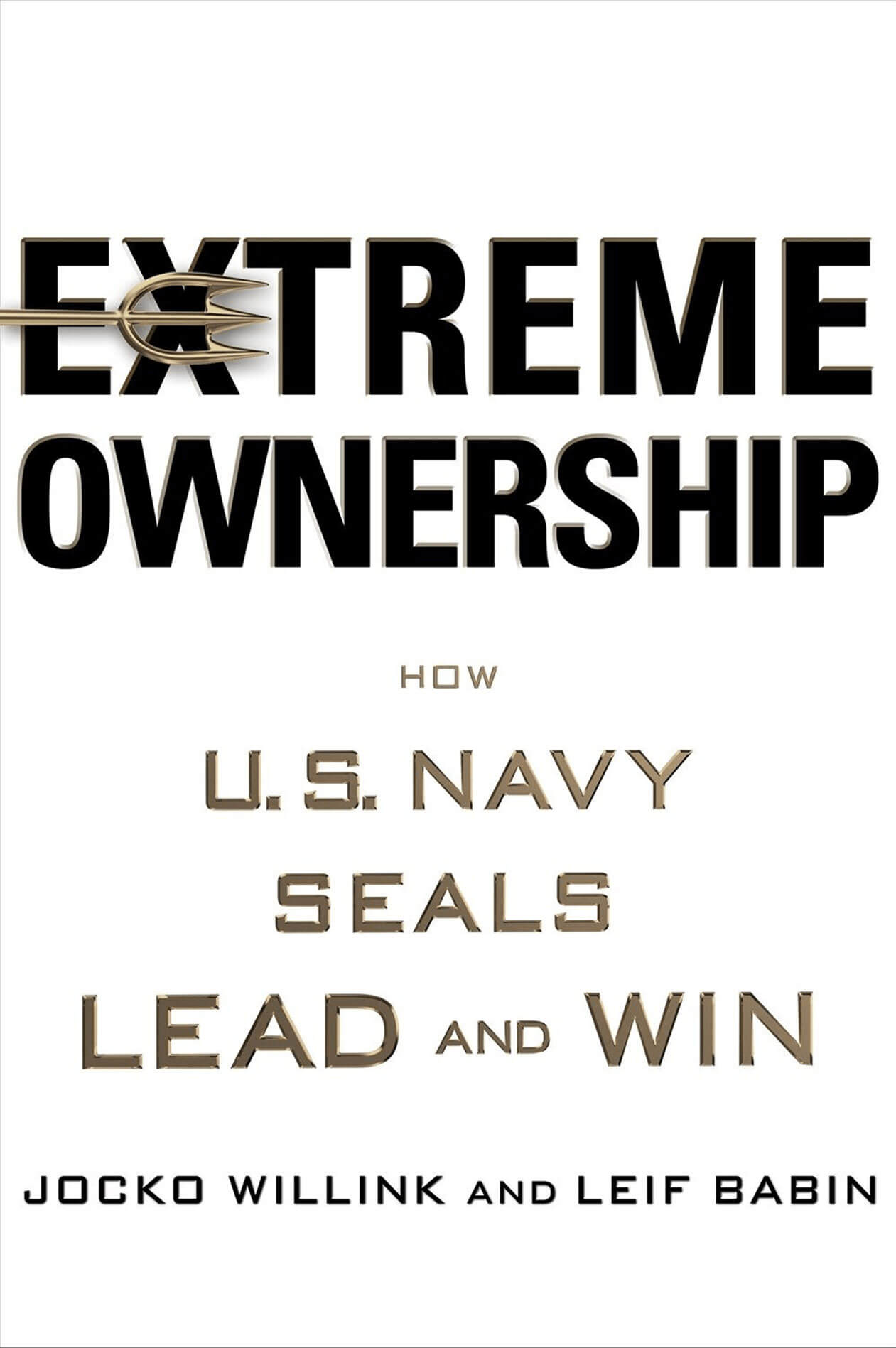