Working Together Without Falling Apart

Dream Teams starts with some brutal honesty in regards to teamwork: Often it doesn’t work. Studies show time and time again that people are better innovators and more productive on their own than when forced into groups.

So why is it that teamwork is thrust upon the public as a supposedly optimal situation in various workplace scenarios? The reality is that a lot of problems are too complex to be solved by one person alone, so teamwork is unavoidable. One person can’t operate a nuclear reactor. One person can’t organize a space mission. One person simply cannot be a competitive hockey team.

Author Shane Snow doesn’t try to tell us that teamwork is always preferable, but instead sends a clear message that the point of the book “Dream Teams” is to make the most of the times when teamwork is the only option. It is completely possible to hit that perfect team dynamic where our togetherness equals more than the sum of our parts. We can accomplish greater things than individuals are able to independently, but it takes very specific situations and very specific intention to execute the team dynamic we all wish for.

Diversity is brought up as a catalyst for both extraordinary discoveries and also a surefire recipe for tension. Companies that find themselves homogenous risk becoming unable to compete with other innovators in their field because they lack an assortment of viewpoints, resulting in a lack of fresh ideas. Companies that diversify risk strained relations between coworkers, due to a deep seated primal urge all humans have to be suspicious of people who aren’t like us. Ultimately the book concludes that diversity is necessary and explains how to bridge our differences and relieve the strain of unfamiliarity.

Dream Teams tells story after story detailing teams that amazed, teams that went up in flames, and what led up to those ultimate conclusions.

I particularly appreciated the tale of the law enforcement agency who couldn’t get a subpoena delivered to a mob boss because he was simply impossible to get close to in person. It took a new team member being introduced to the brainstorming group, a female cop, interjecting with her idea to socially engineer her way into the wedding of the crime lord’s daughter. It worked, and the man who had eluded the team for so long was properly subpoenaed. Diversity of perspectives saved the day.

Dream Teams is great for anyone struggling to create flourishing team dynamics in their job or honestly anywhere else in life. Author Shane Snow has given us really solid advice for navigating suboptimal interpersonal relationships, and the wisdom contained in this book may surprise you. 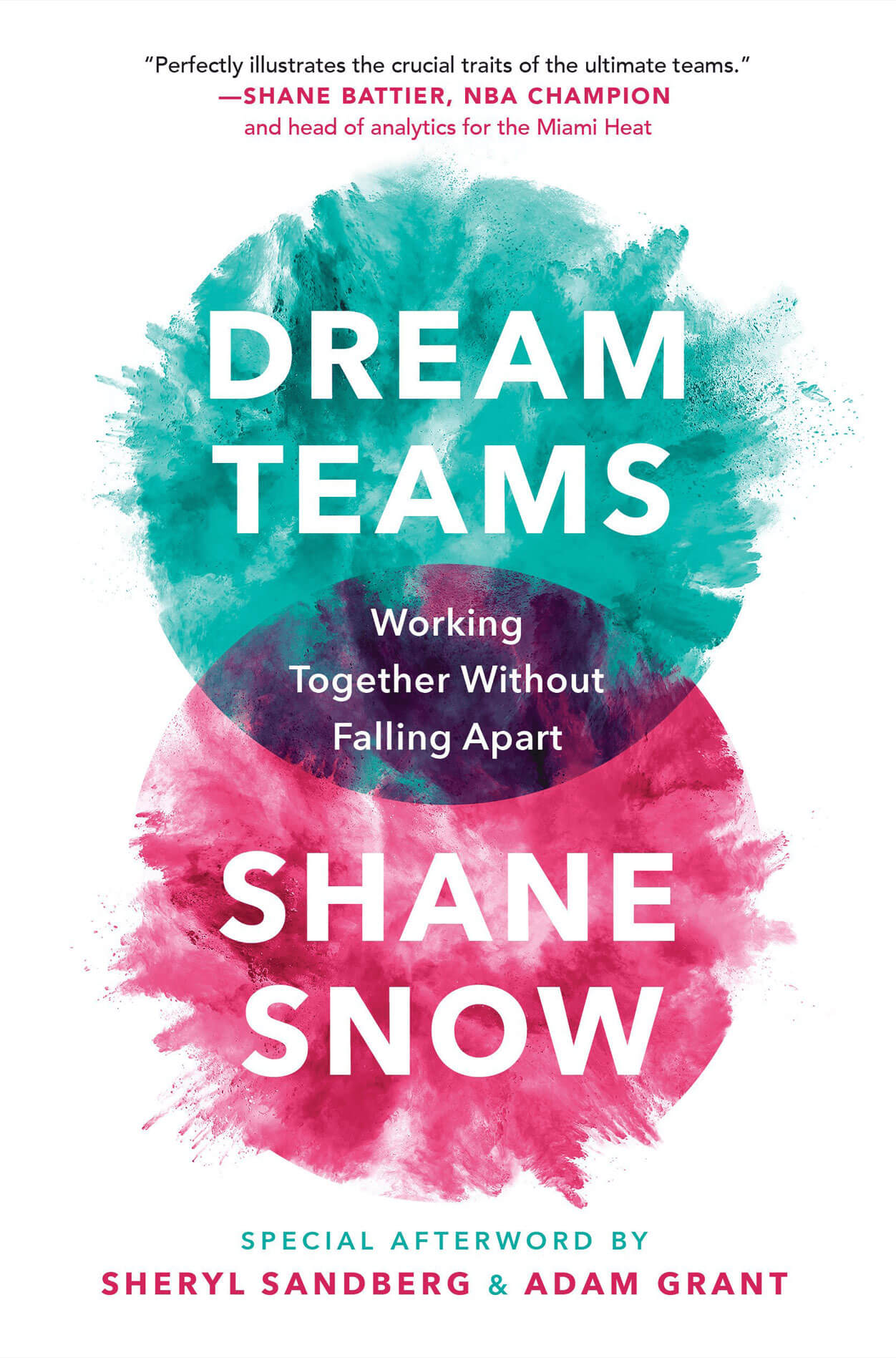